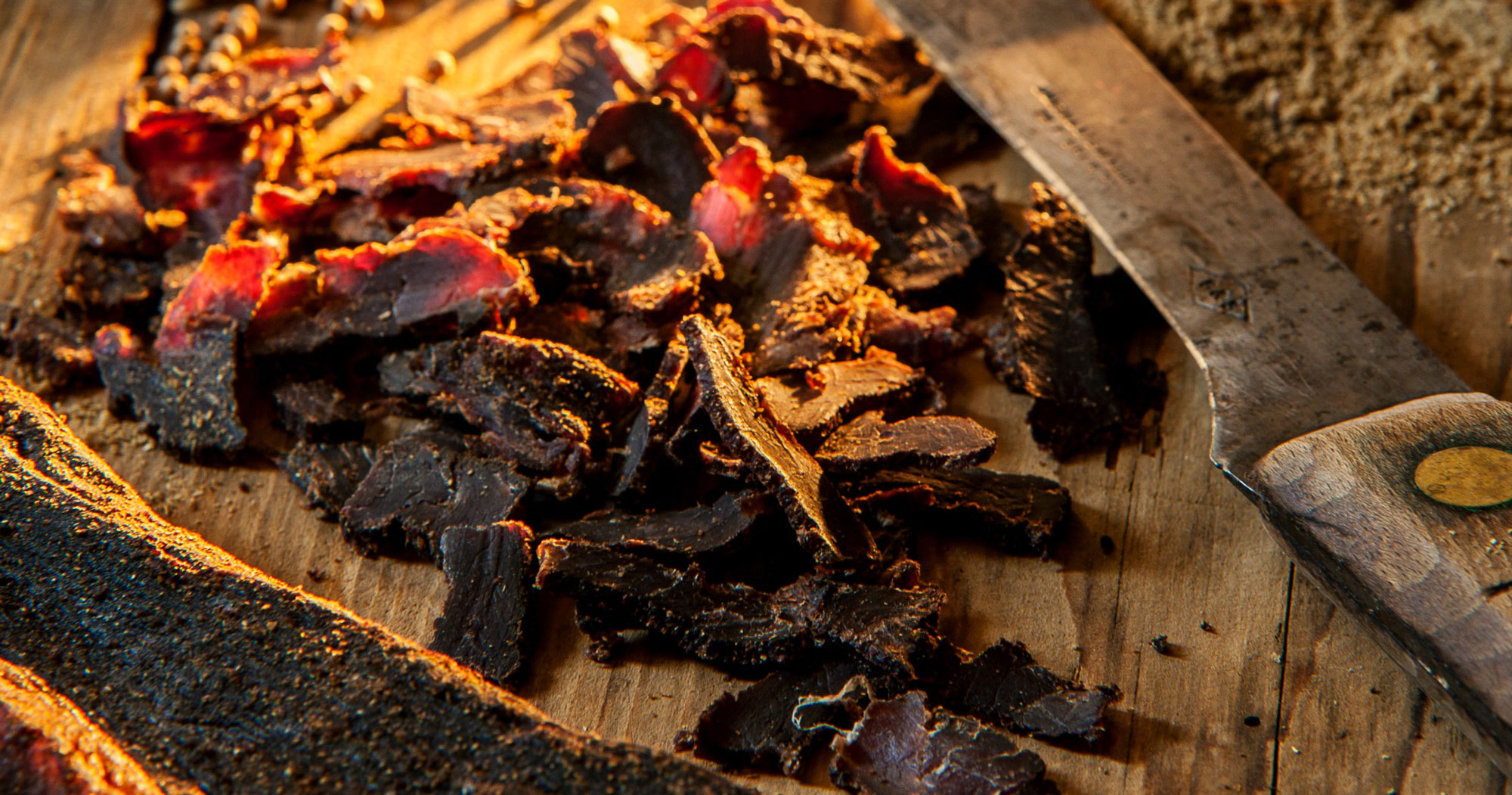 Biltong Boss is enthusiastic, adventurous and has a passion for authentic biltong and meat snacks. Our mission is to provide the people of the world with high quality healthy snacks.

We combine premium ingredients with high quality beef from British and Irish cattle to create an unforgettable (sensational) taste. Our products have wide appeal. They are also suitable for those on paleo, keto and Atkins diets, due to their high protein content and very low sugar and saturated fat levels.

We work hard to make sure our products are available to our cherished customers easily and in a variety of places: always encouraging feedback and engagement whenever we are out on the road.

The benefits of biltong

For starters, biltong is a great source of protein, which can help your body recover after exercise, lose weight, and absorb nutrients more efficiently. It’s also high in iron, zinc, and vitamin B12, which have been found to boost your immune system and energy. 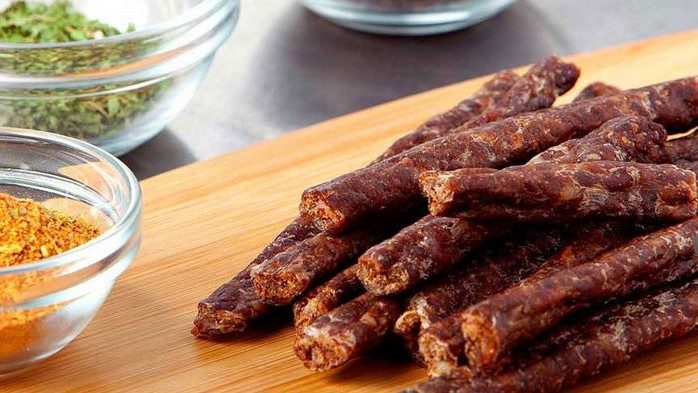 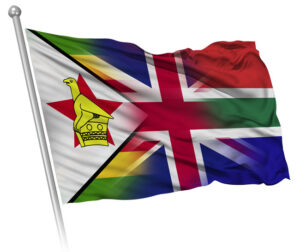 Originating In Southern Africa We Developed A Love For Biltong And Fine Meats.  BiltongBoss allows Us To Share A Truly Authentic South African Treat With You.

Biltong isn’t  anything new (South Africans have been making and eating it for centuries), it’s gaining traction in The United Kingdom as a go-to snack for athletes, fitness fanatics, and just about anyone  on the hunt for a high-protein, low-sugar solution to hunger pains.

Let’s start at the beginning… 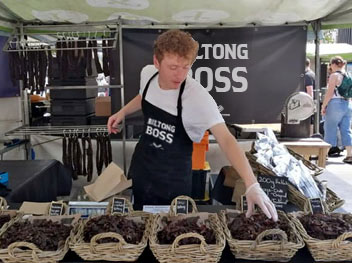 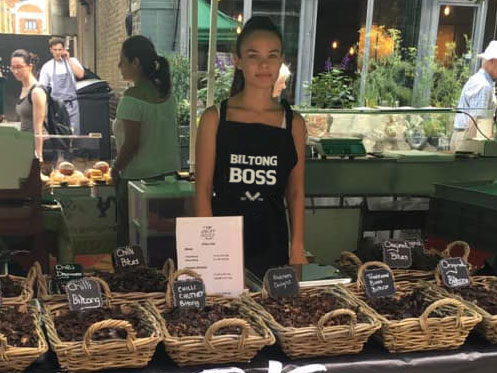 Freshly cut is the very best way to enjoy your biltong 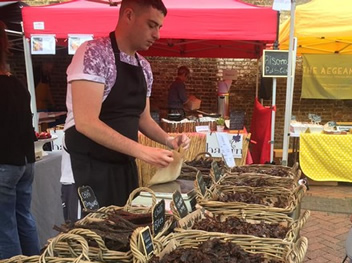 Pronounced bil, as in Bill, and tong, as in tongs.

Think of your favourite cured meat but healthier and tastier. That’s biltong. It is made from carefully selected cuts of silverside beef, but what makes it biltong is that it goes through a specific curing process that originated in South Africa to preserve meat before refrigerators.

South Africans would cover meat in spices like coriander, salt and pepper, and vinegar. Then they’d hang the meat on a hook to dry (a.k.a. cure) for several days, slice it, and BOOM—biltong!

The culinary opportunities go way beyond snacking—you can shred it into salads, add it to sauces, put into sandwiches, add to dips, or use as a garnish. Yes biltong can make an appearance at every culinary event.

Biltong is hung and air-dried for a period, making it naturally tender. It gets marinated in salt and vinegar which gives biltong its distinct taste and also cures the meat. After drying, biltong is typically sliced into small ribbons (though some traditional styles in South Africa are sliced into larger one-inch chunks). All the flavour comes from the meat, vinegar and spices.

Want discounts?Sign-up & don't miss out on these

We use cookies on our website to give you the most relevant experience by remembering your preferences and repeat visits. By clicking “Accept”, you consent to the use of ALL the cookies.
Do not sell my personal information.
Cookie settingsACCEPT
Manage consent

This website uses cookies to improve your experience while you navigate through the website. Out of these, the cookies that are categorized as necessary are stored on your browser as they are essential for the working of basic functionalities of the website. We also use third-party cookies that help us analyze and understand how you use this website. These cookies will be stored in your browser only with your consent. You also have the option to opt-out of these cookies. But opting out of some of these cookies may affect your browsing experience.
Necessary Always Enabled
Necessary cookies are absolutely essential for the website to function properly. These cookies ensure basic functionalities and security features of the website, anonymously.
Functional
Functional cookies help to perform certain functionalities like sharing the content of the website on social media platforms, collect feedbacks, and other third-party features.
Performance
Performance cookies are used to understand and analyze the key performance indexes of the website which helps in delivering a better user experience for the visitors.
Analytics
Analytical cookies are used to understand how visitors interact with the website. These cookies help provide information on metrics the number of visitors, bounce rate, traffic source, etc.
Advertisement
Advertisement cookies are used to provide visitors with relevant ads and marketing campaigns. These cookies track visitors across websites and collect information to provide customized ads.
Others
Other uncategorized cookies are those that are being analyzed and have not been classified into a category as yet.
SAVE & ACCEPT